Thanksgiving is a day full of family and friends, food, gratitude and timeless traditions. Here are a few fun facts to share while the feast is cooking. 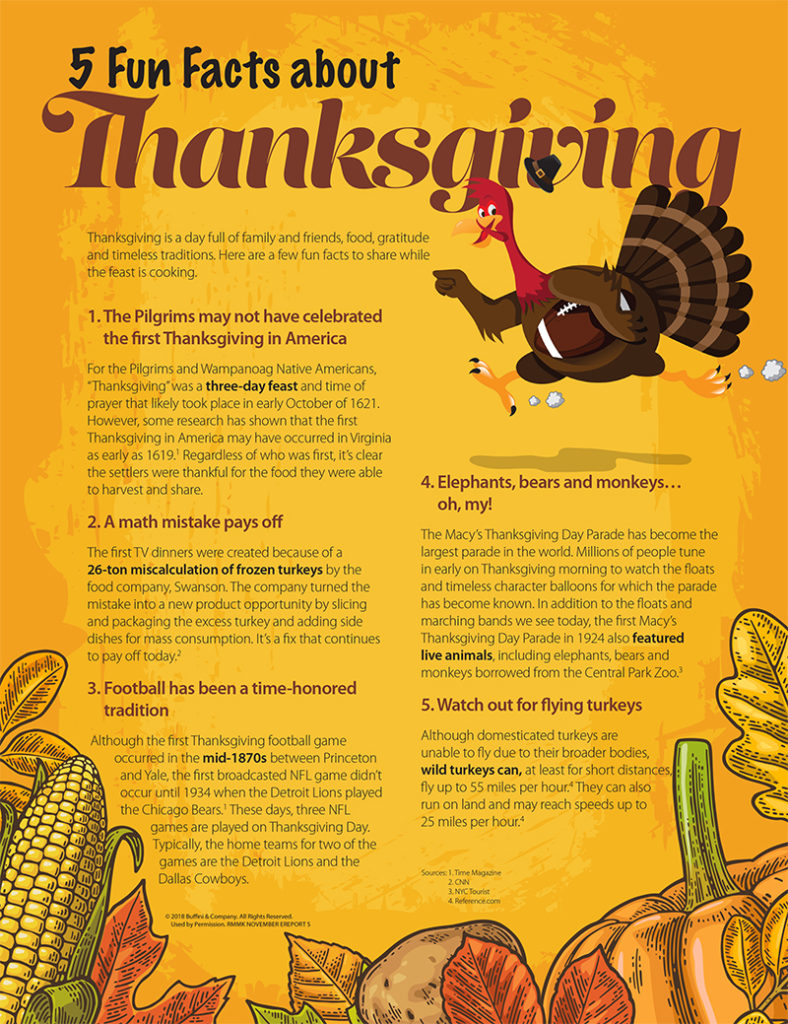 1. The Pilgrims may not have celebrated the first Thanksgiving in America

For the Pilgrims and Wampanoag Native Americans, “Thanksgiving” was a three-day feast and time of prayer that likely took place in early October of 1621. However, some research has shown that the first Thanksgiving in America may have occurred in Virginia as early as 1619. Regardless of who was first, it’s clear the settlers were thankful for the food they were able to harvest and share.

2. A math mistake pays off

The first TV dinners were created because of a 26-ton miscalculation of frozen turkeys by the food company, Swanson. The company turned the mistake into a new product opportunity by slicing and packaging the excess turkey and adding side dishes for mass consumption. It’s a fix that continues to pay off today.

3. Football has been a time-honored tradition

4. Elephants, bears and monkeys…oh, my!

5. Watch out for flying turkeys

Although domesticated turkeys are unable to fly due to their broader bodies, wild turkeys can, at least for short distances, fly up to 55 miles per hour. They can also run on land and may reach speeds up to 25 miles per hour.