You know the shows and we know you love to watch them. So much so, there are multiple stations devoted to every facet of the housing industry. All the bases are covered, you name the topic and there is a show for it. But are theses shows actually real? Can you trust the outcomes, did everything happen as depicted or is this genera of reality TV still subject to the eye of the director and the creation of drama, plots and twists to keep us coming back for more?

As a professional Realtor, I can certainly say that some of my deals sure do feel like a reality TV show. After all, helping people buy and sell the most expensive and emotional product they will ever own is usually filled with the stuff that makes for great drama.

But I am actually one of the few Realtors to be able to say they’ve been part of a real estate reality show. And what I am about to say may or may not surprise you.

Back in Sept of 2009 I represented for sale a 200 year old Colonial home in Woburn at 5 Lynn St. The sellers had done a wonderful job with property preparation and we priced it just right. Within no time we had a lot of interest on the home and eventually 2 offers to negotiate within the first week. One of the offers came from a young woman, who was from Woburn, and ultimately her offer was the one the seller chose to work with. Only after her offer was accepted, were we informed that she was being filmed for the reality TV show Property Virgins on HGTV. My sellers were then asked if they would agree (sign a waiver) to allow them to come to the home to film for the episode. of course my clients agreed, after all who wouldn’t want to see their prized home on TV.

The deal continued as usual, with home inspections, some back and forth on issues and ultimately both parties decided to continue with the buyer and seller making some concessions.

Eventually we closed on the home, the sellers moved out, the buyer moved in and we all waited to see how things would play out on the TV show. 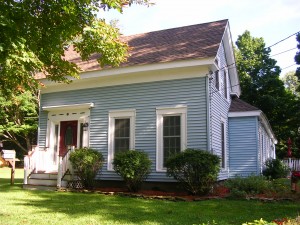 When the night arrived for the episode to air, my wife and I were very excited. It’s not everyday a home I am marketing appears on a TV show! We tuned in and there it was, my listing up on the big screen.

The show began like every other episode of Property Virgins. The buyer goes through multiple properties, in this case houses and condos until she ultimately decides to purchase one. And this is where the drama begins.

The first shock came when I noticed the broker showing the buyer homes on TV was NOT the broker I had dealt with at all in the process. On the show (former) host Sandra Rinomato is seen taking the buyer through many properties but apparently the show really connects the buyer with a local Realtor to work with, until they actually find a property to purchase. Then AFTER a deal is made the “celebrity” host flies in for the filming to begin.

So in our case, the filming is taking place AFTER the buyer has already purchased the home. What was more troubling were the comments the buyer and her parents made about our home. In the show the host asks “What do you think the seller is asking for this home” and they all respond with numbers ABOVE $300,000, and they all act surprised to learn the seller is asking $284,900. My first thought was “I hope my seller is not watching right now, she’s going to think the buyer would have paid more for the home!”

Next the celebrity host pretends to write up an offer below asking price with closing costs to be paid by the seller. A few moments go by and she comes back to report that there are 5 offers on the home and the sellers are looking for highest and best offers. Again, my thoughts were “I hope my seller is not watching this right now” because there was only 2 offers in on the home, not 5. 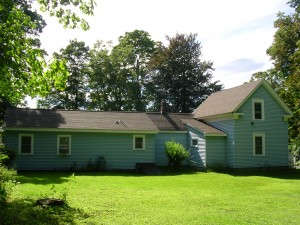 Finally the celebrity host resubmits a higher offer, and miraculously she has won the house over the other bidders. This was not completely true. In fact, we had found out that the seller knew the buyers father from back in their high school days. My seller actually decided to work with his daughter (the buyer) specifically, even though there was another offer in play.

There were additional events that were not depicted accurately, and by now you get the point. Don’t believe everything you see on these shows. A lot of what you’re seeing is produced and created to add drama to keep you interested and coming back for more, which seems to work pretty well since we can’t seem to get enough of these shows!